Hours spent cooking at home with his mum paid off for Sean Horwood, as he scooped the top prize in under-23 section of this year’s Bath Chef v Chef competition, which turned out to have a real international flavour.

The twenty-year-old Moody Goose chef walked away with the gold medal, going one better than in the first year of the competition, when he was runner up. Meanwhile the victor in the over-23’s was South African Pieter Swanepoel, 27, who has worked for the last three years in the Royal Crescent Hotel.

Sean confessed to being nervous and experiencing some problems during his preparation of dishes of lamb and winter desserts but they turned out well in the end.

“I have always wanted to be a chef ever since I started to cook at home with my mum. I did my training at the City of Bath College and worked and trained at Hunstrete House before moving on to the Moody Goose. I’m really looking forward to my prize of a meal for two at the Bath Priory – it’ll be nice to have someone else doing the cooking for me for a change,” said Sean.

Competitive spirit and desire to produce top class cuisine took Pieter Swanepoel to first place in a fiercely fought over-23 section: “I think contests like this are good for chefs because they challenge us to do as well as we can which really brings out the best in us, opening doors and creating a way for the future. I’m really looking forward to my stage prize, as Gary Jones has agreed I can take it as a week at Le Manoir aux Quat’ Saisons. I was really impressed by the kitchens at the City of Bath College, where the competition took place. They were clean and professional, which is down to hard work and excellent hygiene.”

As in the first two years the competition was run as a joint venture between the City of Bath College, Bath The Initiative at B&NES, Stuart Ash, Head Chef at Woods Restaurant and the main sponsor, Andrew Berman, boss of Catering Services International.

Celebrity chef Martin Blunos was among the judges. He said the standard in the third Chef v Chef competition was higher than ever: “It’s clear that the event is enjoying an ever rising kudos among the cooks of Bath. They want to take part in Chef v Chef and to win it. That’s great news for us all because it contributes to raising the standards of the City as a destination for food lovers.”

Another judge was Gary Jones, Head Chef at the famous Le Manoir aux Quat’ Saisons restaurant: “It’s inspiring to see kids getting involved in the competition which helps raise standards in the city and so satisfy the expectations of the public visiting this world heritage city from all over the world. It’s good to know that head chefs in Bath are taking their responsibilities seriously and giving the proper advice and training which will bring on the next generation of brilliant chefs.”

Steve Benison, a lecturer in the Catering Department at the City of Bath College, said he was thrilled with the way the competition had gone.

“This is becoming the most exciting day of the year and its terrific to see standards increasing and the competition being so intense. The College can be very proud that a former student won the under-23 section and a current student picked up the bronze medal. I hope this will inspire more people to enter next year, so my advice is to get cooking !” said Steve.

Sean Horwood:
Noisette of lamb with a cannelloni of leek, celeriac fondant and buttered purple sprouting.
Assiette of winter desserts – rhubarb and ginger crumble, pithiver of poached pear and a chocolate pot with pomegranate.

About the Chef v Chef competition
Chef v Chef is open to all talented local chefs within a 50 mile radius of central Bath. The annual competition is a joint 'not for profit' venture organised by Bath City College, The The Initiative at B&NES, Catering Services International, the UK’s leading specialist in catering and hospitality recruitment. 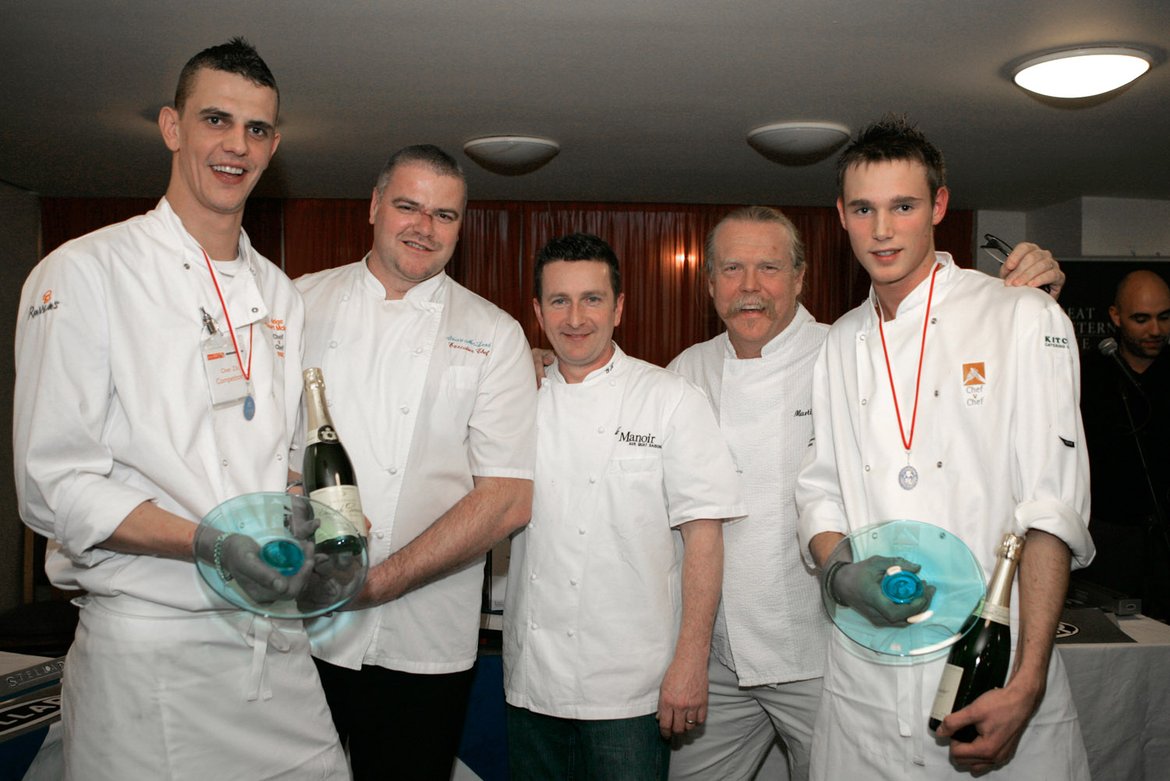 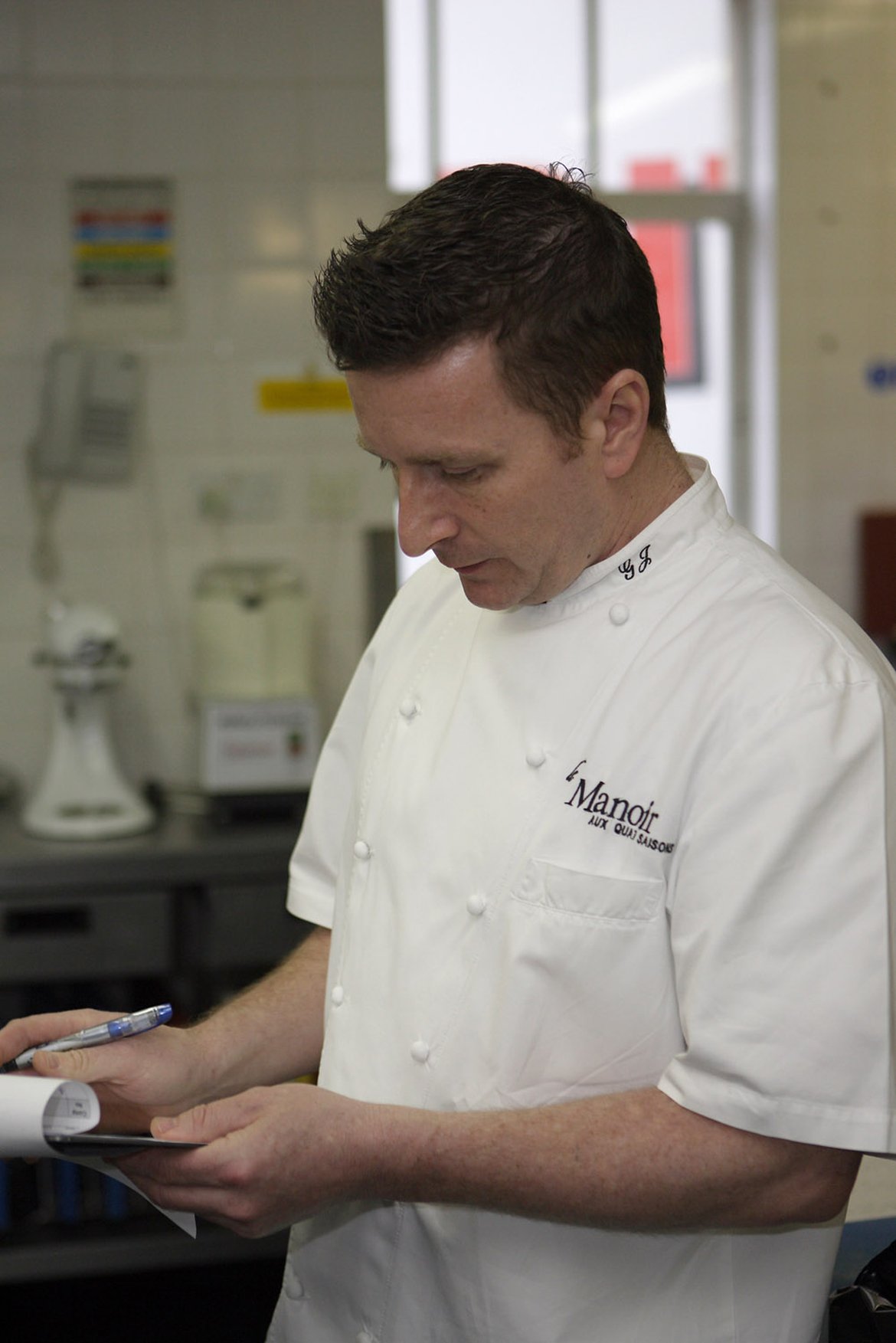 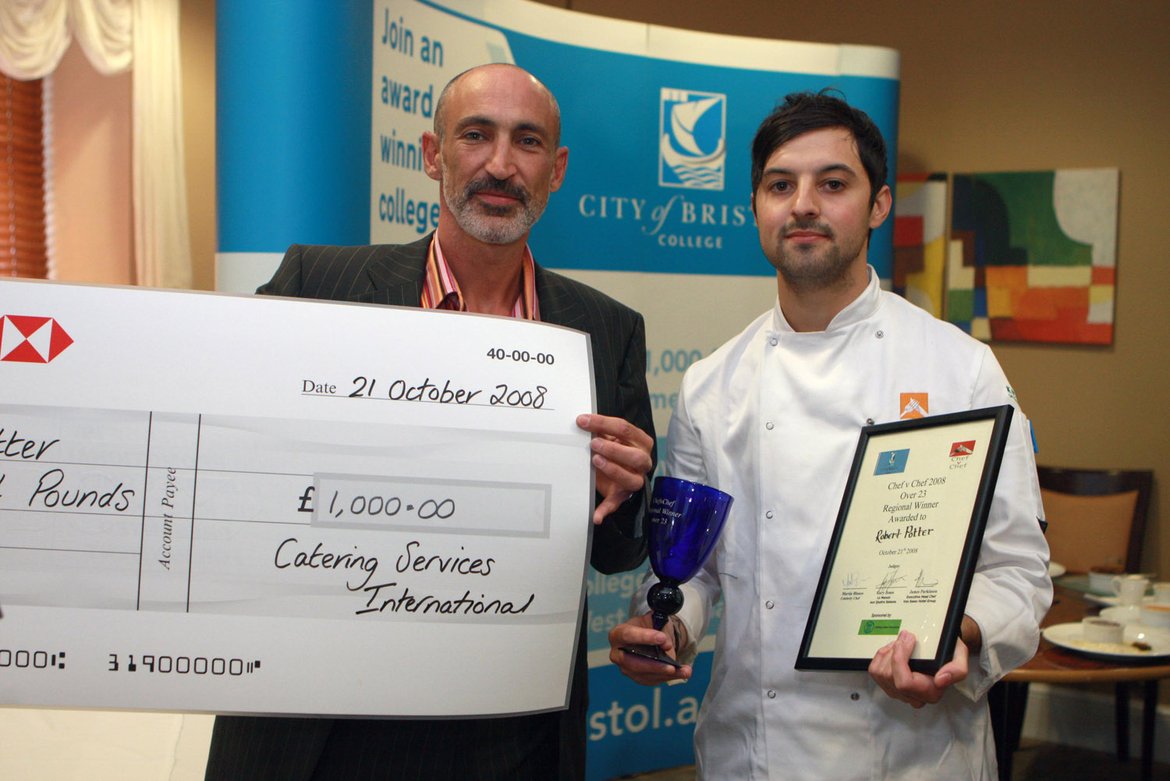 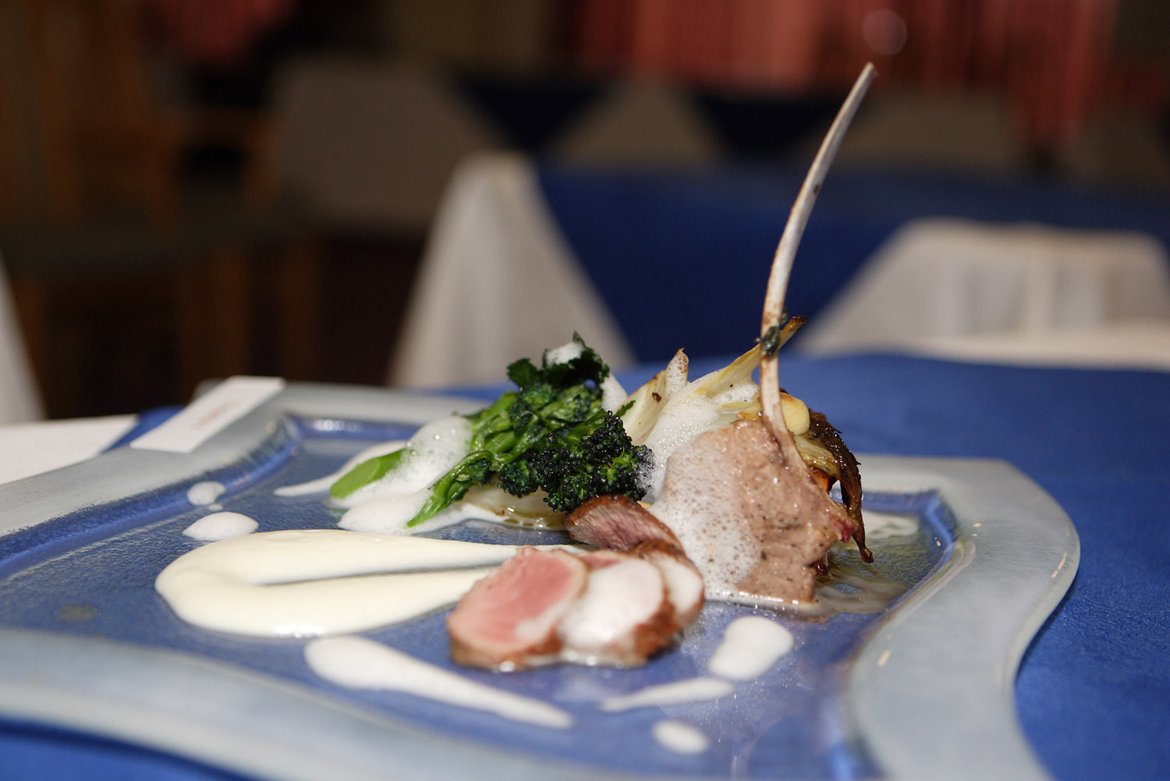 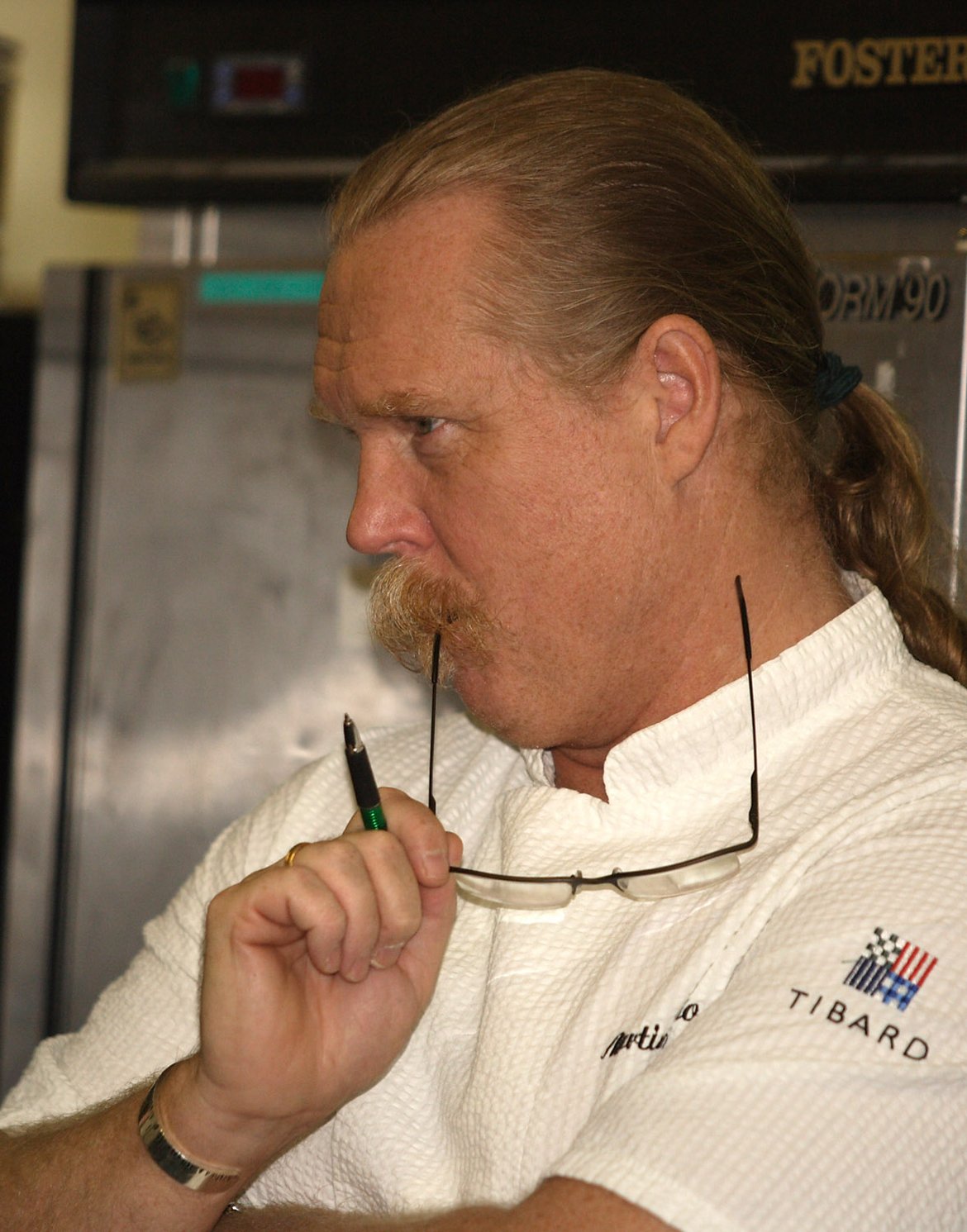 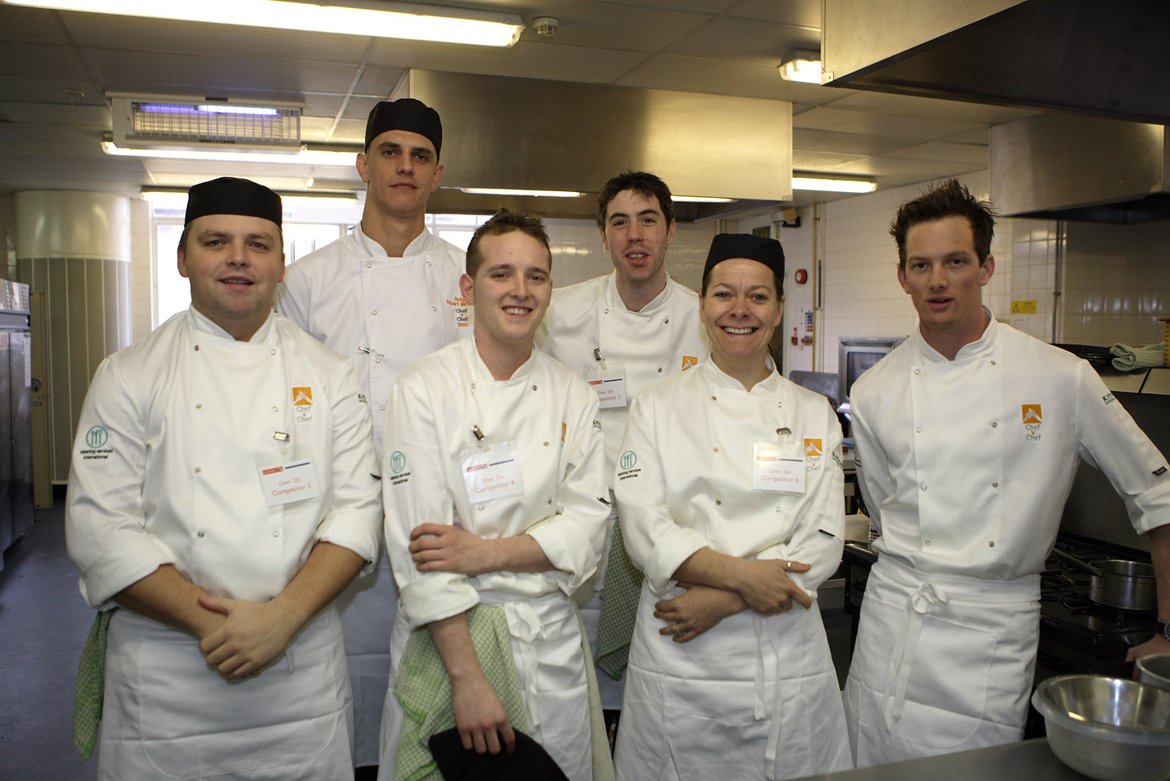 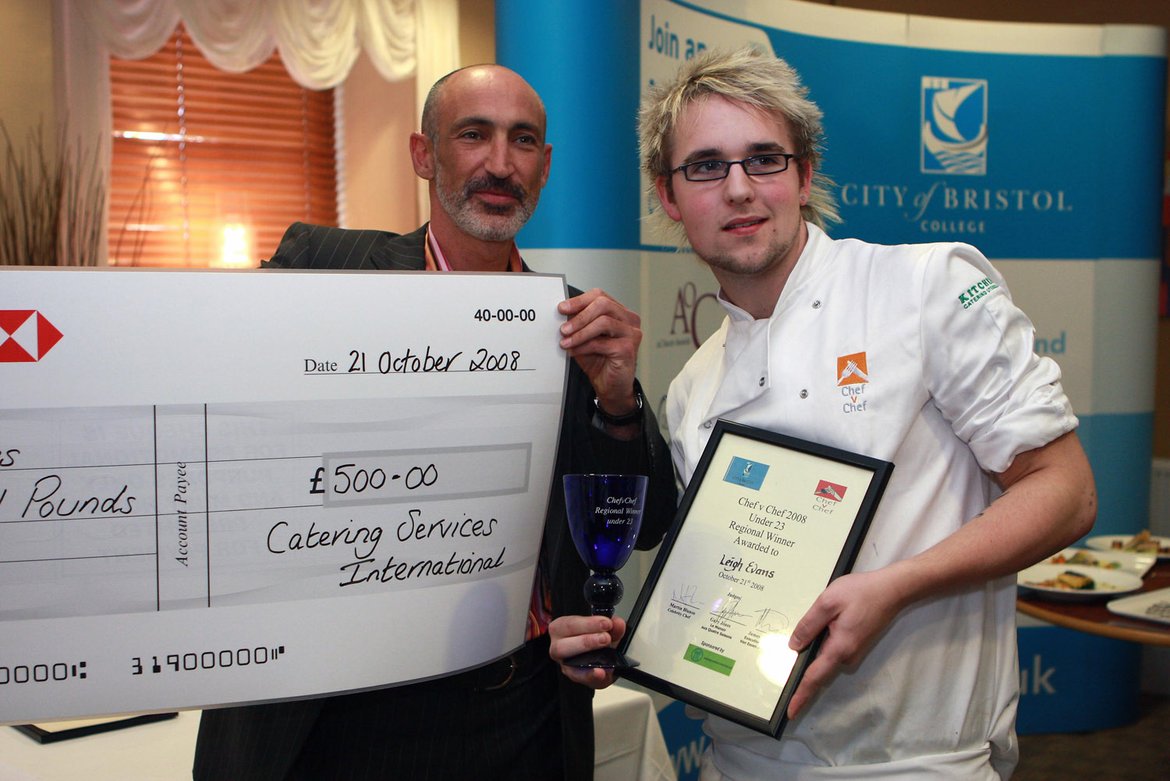